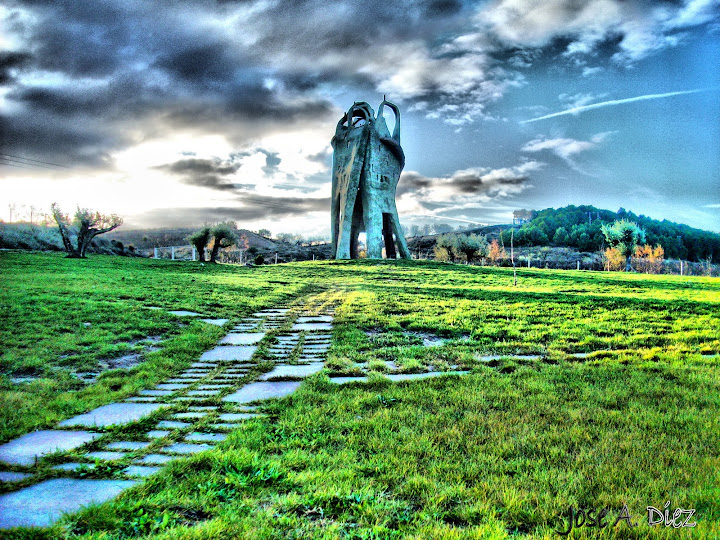 El Parque de la Memoria started as a citizens’ iniciative through historical memory associations, with untold collaboration from relatives of the victims and anonymous citizens. The institutions have  yielded  to the gathering force of the demand for truth, justice and reparation which have been delayed for so many years and they have finally given their support to the initiative thanks to the impulse from the citizens’ initiative. Nevertheless the economic help given by the institutions does not cover all the needs of this huge project.

It is a project promoted and supported by the Asociacion Pueblo de las Viudas de Sartaguda/Alargunen Herriko Elkartea.

You will find here the History of the Parque, the digital version and the extended version of the wall with the names of all the firing squad victims of Navarra and the anifascist combatants who died in the conflict, as well as the names of all those born outside Navarra who met their deaths here as a result of the coup d’etat (of July 18, 1936).

From the section Tus aportaciones (your contributions) you can upload new data about those missing  or shot by firing squad.

From the section Libro de visitas (visitors’ book) you can share your impressions of the Parque de la Memoria after your virtual or actual visit.

From the section ayuda economica (economic help) you can help cover the costs of construction of the Parque – part of which remains to be paid – and its maintenance, which is still paid for in 2011 by Sartaguda town hall, though we keep fighting for an agreement from the Government of Navarra. 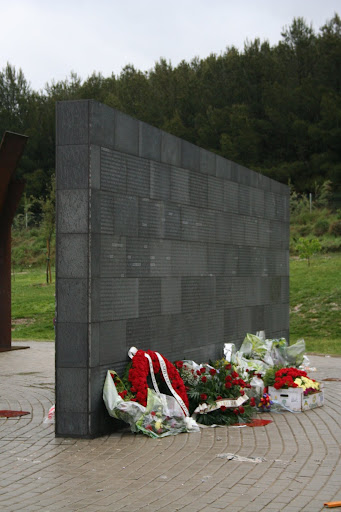 PRESIDENT OF THE «ASSOCIATION VILLAGE OF THE WIDOWS»
«I am the son of a firing squad victim, or better said a murder victim. I am a native of Sartaguda and I  have no words to describe how incredible this Park is for us and how much it means to us.

After years of silence, of accusing looks, of injustice, today the democratic memory of Navarra is relatively free simply because it has been allowed greater freedom.

We are the village of the widows because our village was shaken by a wave of murder, the very memory of which is spine-chilling. Almost 100 inhabitants of this village – 8 %, truly a massacre – were eliminated  for thinking differently, without justification. The perpetrators aimed to erase all trace of their existence, so that they should be forgotten even by us, but today we prove  that we have never forgotten them and  from today on we wish our village to be thought of as the village of memory and hope.»

Words of Julio Martinez, President of the Association village of the Widows. To see the whole speech:

http://parquedelamemoria.org/presentacion/palabras_de_julio_martinez
MAYOR OF SARTAGUDA
«When members of families involved in the conflict speak, you hear no hatred, no desire for revenge. They only want to let you know what happened, to rescue it from oblivion, to give future generations the opportunity to learn from the past, and for society to reflect on it.

When the younger girls and boys listen to the barbarities and oppression that their ancestors had to endure, they are astonished because they are only used to seeing that sort of thing on TV, but to think that this happened, not just in Spain, or in Navarra, but close to home, in their own village, in their own family, gives you an idea of the need for the Parque de la Memoria.»

Fragment from the speech by Jose Ramon Martinez, mayor of Sartaguda at the opening of the Parque de la Memoria. To see the whole speech:
http://parquedelamemoria.org/presentacion/discurso_alcalde_de_sartaguda

The fallen of Navarra (the majority killed in the retreat): http://parquedelamemoria.org/todos-los-nombres-navarra/

Map of graves in Navarra http://fosas.navarra.es/

Video about the sculptor Nestor Basterretxea (a contemporary of Oteiza) http://www.eitb.com/es/videos/detalle/1290288/video-60-anos-trayectoria-nestor-basterretxea–eitb-kultura/

Photos of tributes to the widows and orphans of Sartaguda: https://picasaweb.google.com/101044850678156642425/SartagudaPuebloDeLasViudas#